Six Flags New Orleans has been closed since Hurricane Katrina struck in 2005. is owned by the City of New Orleans. 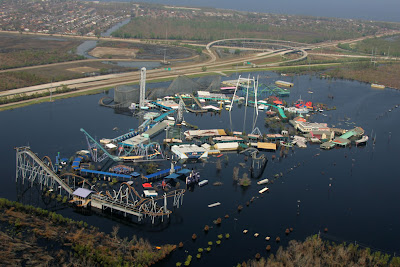 The park first opened under the name Jazzland in 2000. In March of 2002, Six Flags purchased the lease and continued to run it as Jazzland through 2002. In 2003, the park was renamed Six Flags New Orleans.

The last day the park operated was August 21, 2005. Weekday operations ended a couple weeks before due to the fact schools start early in August in that region and end mid-May. The park was scheduled to Open August 27 and August 28 as usual but once Katrina was forecast late on Friday to directly hit New Orleans, the weekend opening was canceled in order to prepare for the storm and begin evacuations.

So sad to see this park fall apart.  Share your thoughts in the comments below.


Eastern New Orleans was badly flooded in 2005 in the aftermath of Hurricane Katrina. The park grounds are located on a low-lying section of Eastern New Orleans, with a 6-foot earthen flood berm running along the perimeter, creating an artificial basin. After the park's drainage pumps failed during the storm, the berm retained the combination of rainwater and sea water overflow from Lake Pontchartrain caused by Katrina's massive storm surge, submerging the entire park grounds in corrosive, brackish floodwater to a depth of 4–7 feet. The floodwater was not drained for over a month. Due to the damage received, the park is closed indefinitely with no plans to reopen.

Damage reports by Six Flags inspectors stated that the park buildings are 80% demolished, all of the flat rides (except for one which was being serviced off-site at the time of the storm) have been effectively destroyed by long term salt-water immersion, and both the wooden track and steel superstructure of the Mega Zeph have been damaged beyond likely hope of repair. The only large ride to escape relatively unscathed was the Batman: The Ride roller-coaster, due to its elevated station platform and corrosion-resistant support structure.

Six Flags New Orleans has been abandoned since 2005.

September 2102: Apparently plans are moving forward to build an outlet mall on the site.
Read the article: Idea for outlet mall at old Six Flags location continues to be developed. 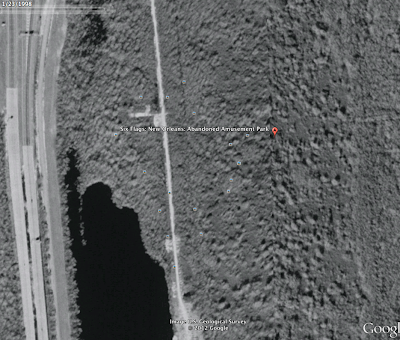 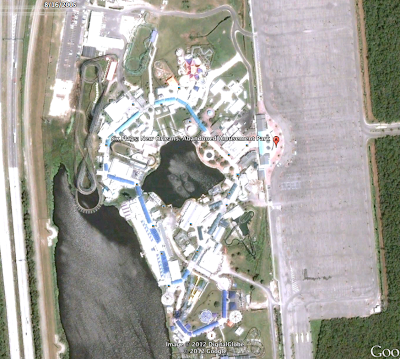 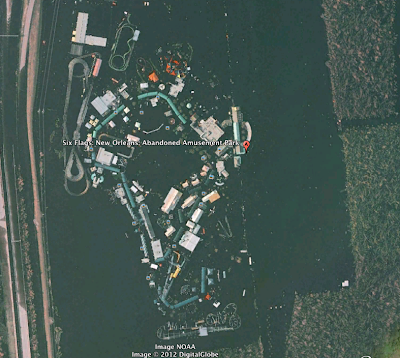 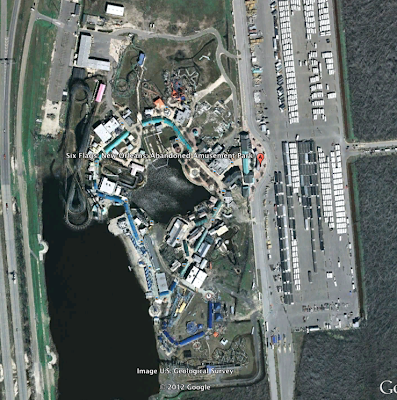 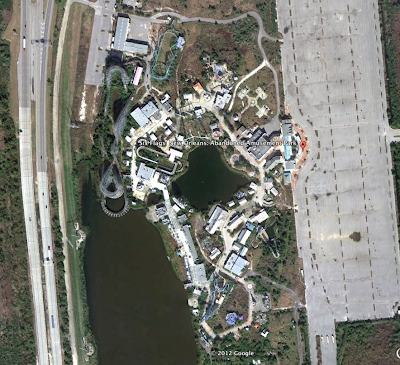 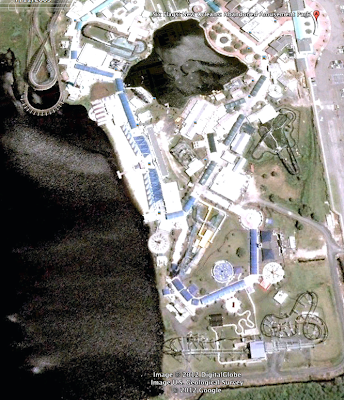 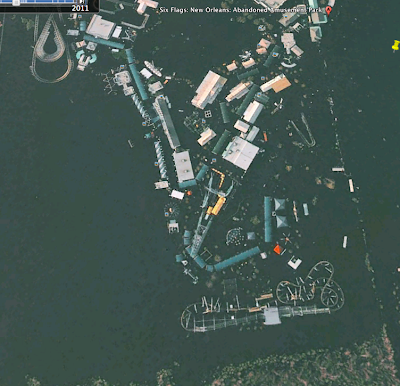 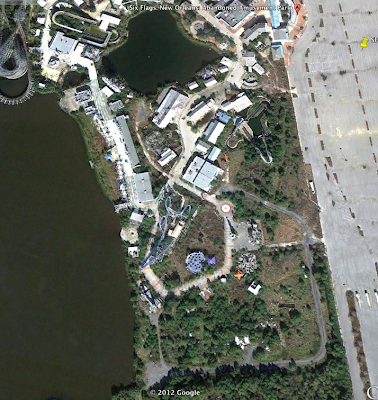 
Here are some of the best photos you can find online: 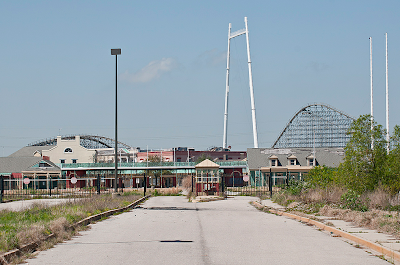 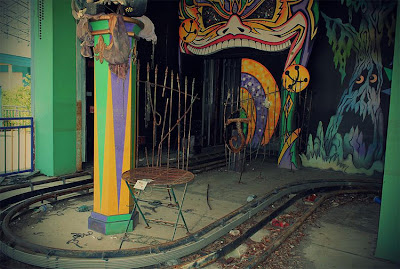 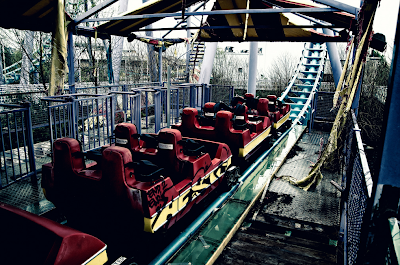 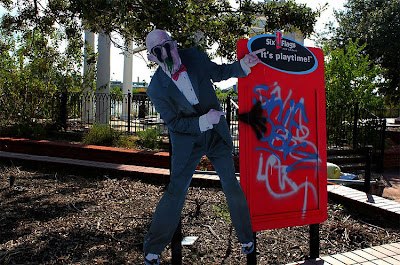 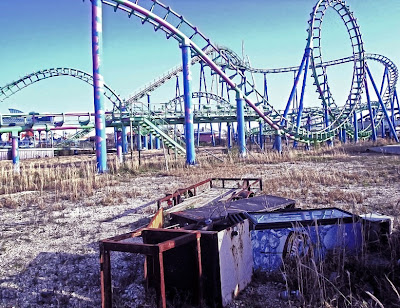 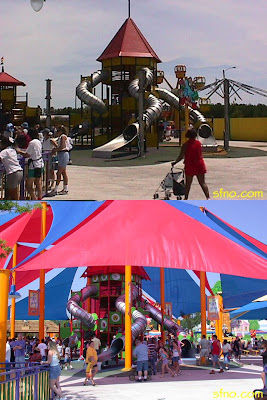 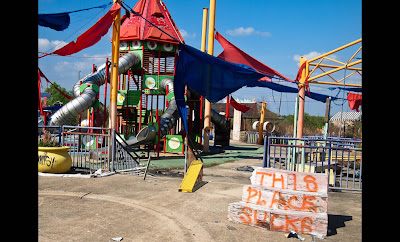 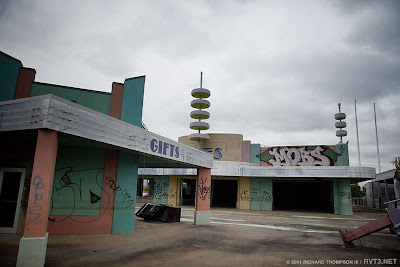 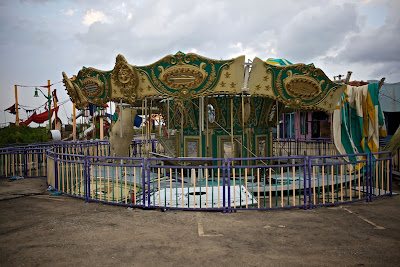 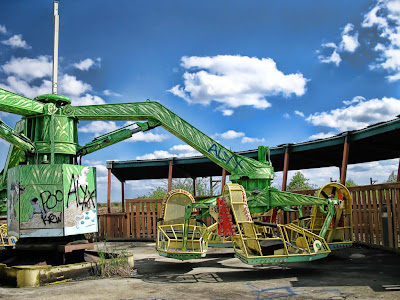 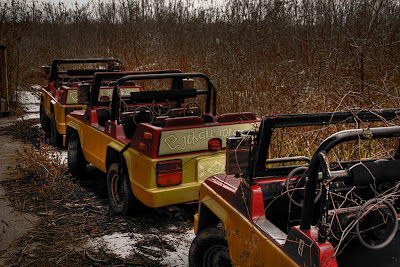 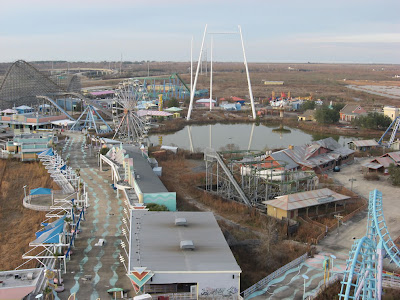 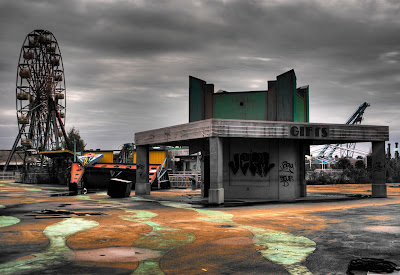 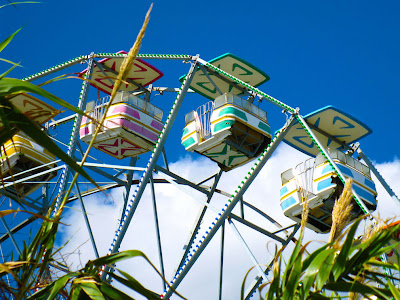 Photos of the flooded park taken by Walter Bowser.

So sad to see this park fall apart.  Share your thoughts in the comments below.

Movies Filmed at the Abandoned Park