The original post for the Katrina damaged Six Flags New Orleans has been very popular on Modern Day Ruins.

The original page can be viewed by visiting this link: http://www.moderndayruins.com/2012/09/six-flags-new-orleans.html

The abandoned theme park and ruins has been home for a few movies that have been filmed there:

Here is a great overlay of Main Street built in the abandoned parking lot (click the images to enlarge): 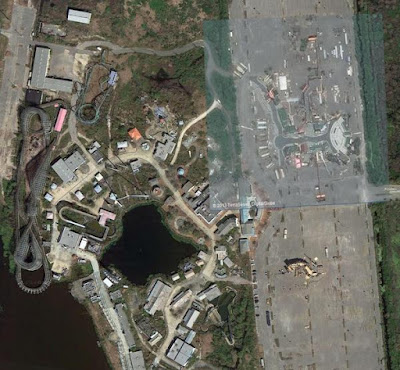 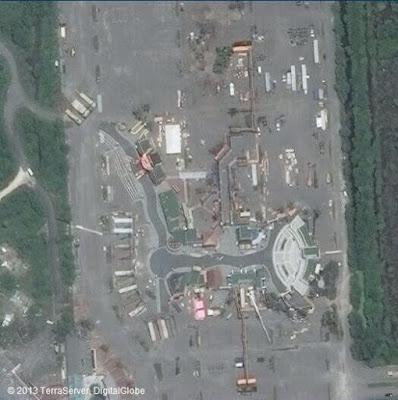 The fun part is that even though the set has been demolished, the painted parking lot still outlines Jurassic World's Main Street: 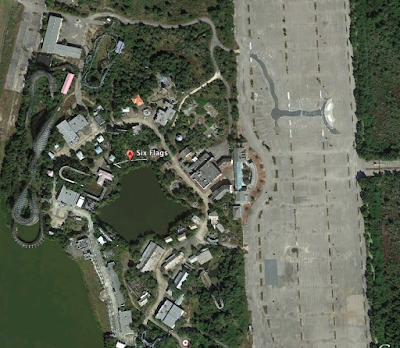 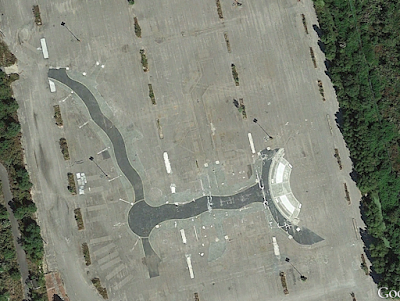