There were two Santa's Villages in California - today they are both closed. One was near Los Angeles, at Skyforest, near Lake Arrowhead in the San Bernardino Mountains. There was another Santa's Village near San Francisco, at 6348 Santa Cruz Highway, Santa Cruz, California.

From Wikipedia, the free encyclopedia

Santa's Village was a winter-themed amusement park in the Skyforest section of Lake Arrowhead, California. Opened in 1955, it was the first franchised amusement park, one of three built by developer Glenn Holland. The other franchises, also defunct, were in Scotts Valley, California and East Dundee, Illinois. The East Dundee park re-opened in 2011 under new ownership as Santa's Village AZoosment Park (see Santa's Village (Illinois))
Opening more than a month before Disneyland, the 220-acre (0.89 km2) park was one of Southern California's biggest tourist attractions. It boasted kiddie rides, including a bobsled, monorail, and Ferris wheel; a petting zoo; live reindeer; and shops that included a bakery, candy kitchen, and toy shop.
Reduced attendance and revenue shortfalls caused Santa’s Village to close on 1 March 1998.[1] The property sold three years later for $5.6 million, and now serves as a staging area for local logging operations.[2] The faded candy cane signpost and dilapidated buildings of the park have become a ghost town along the Rim of the World Highway.[3]
http://en.wikipedia.org/wiki/Santa's_Village_(Lake_Arrowhead) 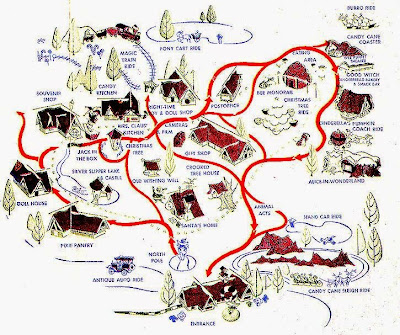 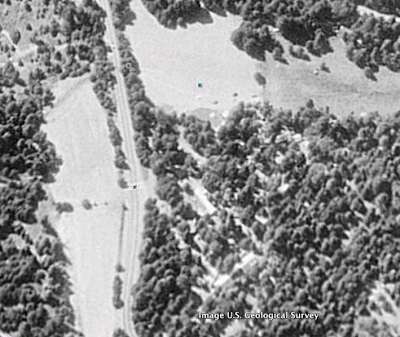 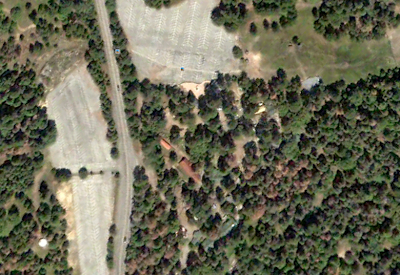 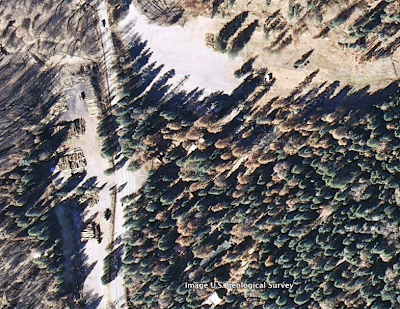 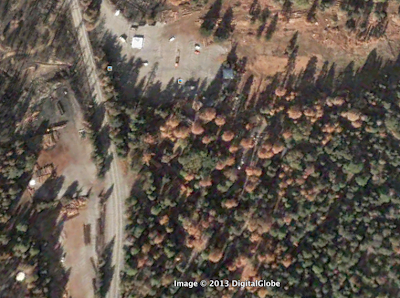 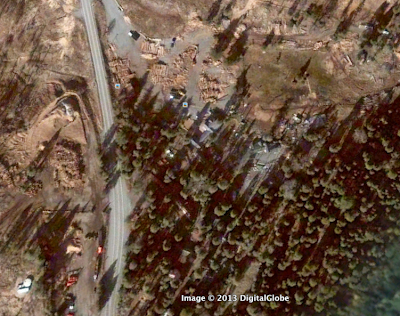 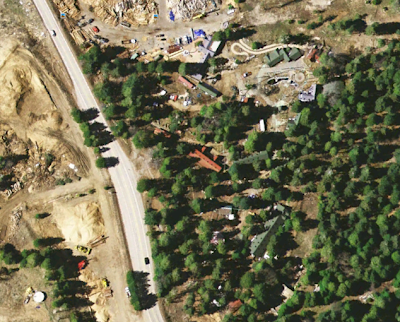 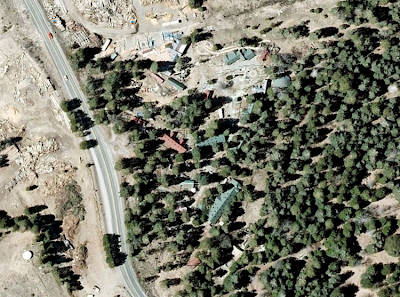 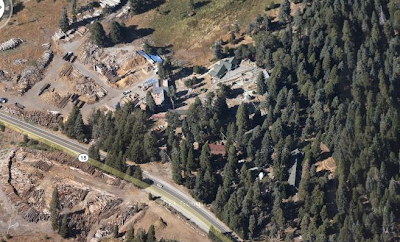 Abandoned Ruins Photos
Modern Day Ruins Contributors Josh Stephens and Lovely Kuppio captured some amazing photos (2013) of the ruins.  Here are just a few of them (follow the link below the web album to view them all): 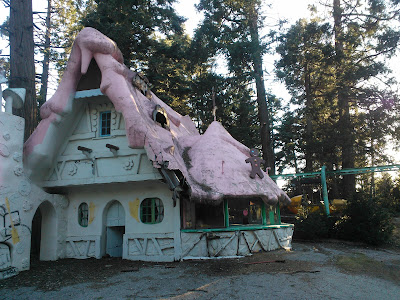 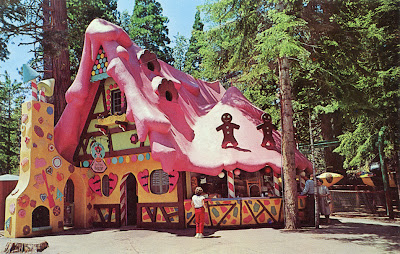 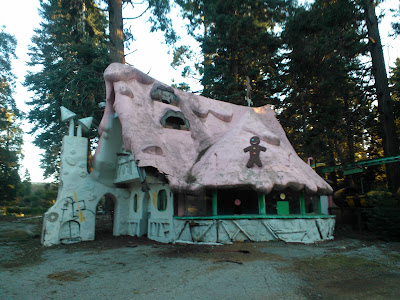 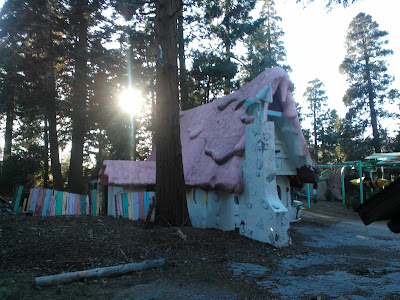 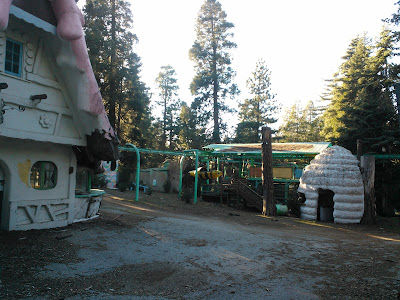 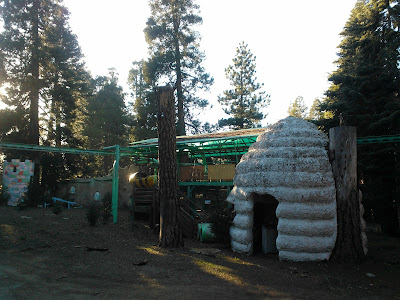 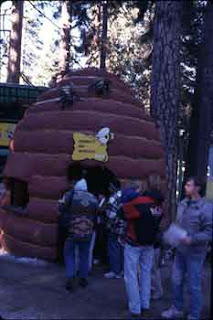 Beehive when the park was open 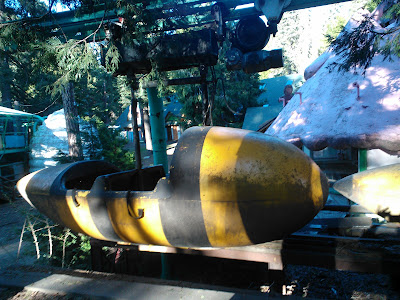 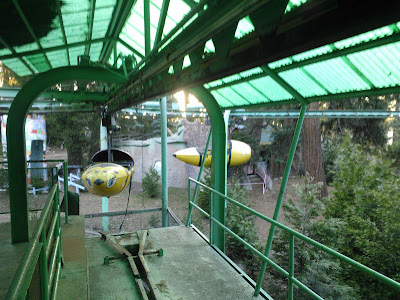 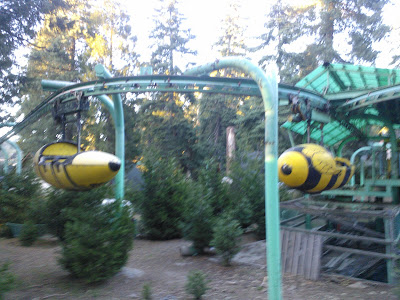 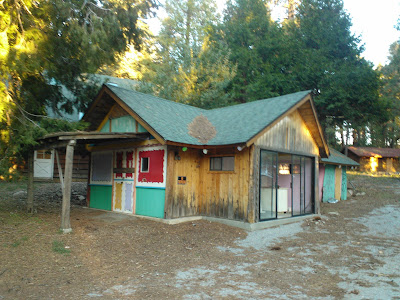 Thank you Josh and Lovely Kuppio!

Plans to reopen SkyPark at Santa's Village as of May 2014 - check out these videos!